As we’ve noted previously in this blog, Brexit is a process, not an event. With the drawing in of the year, we might usefully revisit this notion, since there’s more of the process heading our way.

You’ll recall that one side-effect of the very speedy conclusion of the Trade & Cooperation Agreement (TCA) was that the UK decided it would have a progressive introduction of the controls required, given the need for infrastructure and personnel to make it all happen.

The original plans for this were rather swift, with the intention being to have everything up and running by mid-2021. That this was somewhat ambitious was highlighted by two subsequent announcements of further delays, some to 1 January 2021 and others to the middle of next year.

These deferrals of controls stand apart from those relating to the Northern Ireland Protocol, which required joint agreement with the EU and which are currently on a rolling extension due to the talks that have trundled on in the past weeks. Precisely because they have implications for the operation of the EU’s single market (via Northern Ireland’s alignment to it) these cannot be solely in the hands of London.

But the TCA deals with the general EU-UK relationship, and the reintroduction of controls is a function of the weakening of ties between the two parties, which means the UK is bound to enact measures to satisfy other legal instruments, of which the World Trade Organisation is predominant.

Technically, the UK is in breach of its WTO commitments with these deferrals, but in practice no-one seems minded to challenge that. The UK is on a path towards enforcement, it has lacked the means to enforce until now, plus the EU doesn’t need another point of contention to add to the pile, plus WTO arbitration takes a very long time. So it’s been alright to slide back the timeline.

However, this still matters.

The National Audit Office has been producing very useful reports for the past three years on UK readiness, including on these systems. The most recent came out last month and is worth a read as a balanced view of where things are at.

On these elements, the picture has gradually improved, with much of the work now in place to make 2022 enforcement a viable option. At the same time, the NAO rightly points up the considerable uncertainty about demand management and the impact on trade flows, plus the wider impact of the changing nature of the UK border.

While Northern Ireland has (rightly) been more visible, it will be cross-Channel business that will have a bigger economic impact in the long run. Until the UK has settled its systems and procedures for this, it will be hard to know more properly how Brexit is reshaping the economies on both sides of those waters. 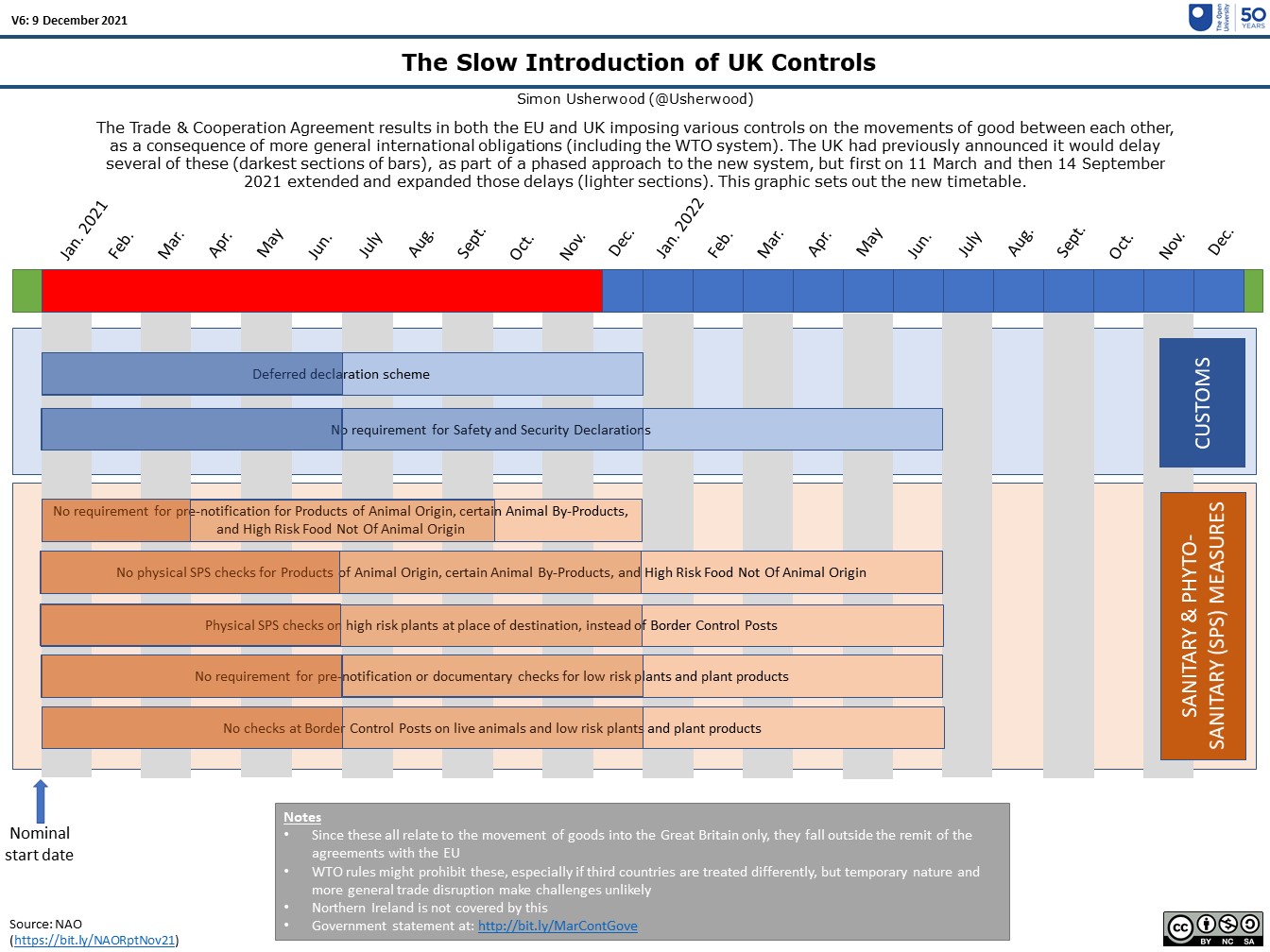 Ukrainian accession to the EU: run now, walk later? | The old rules don’t apply any more | The EU needs more than an external unifier | Did Brexit change anything? | Timelining Brexit |