As a parting gift before a summer break, I’ve pulled together the various legal pathways currently available to changing the Protocol.

This is based on the text of the Protocol/Withdrawal Agreement itself, plus a bit of customary international law, and covers both modification and disapplication of the Protocol itself.

As the graphic suggests, there are three main paths.

First, amendment is possible through two routes. One is a minor corrections option within the Joint Committee, although these can’t change the basics of the text, so it’s not really an amendment procedure of any consequence (certainly in the current political climate). The other is a generic treaty amendment, concluded by mutual agreement of the parties.

Second, the Protocol allows for new EU-UK agreements to supersede all or part of the Protocol, with the only proviso that such supersession needs to be spelled out, presumably so that whatever remains of the Protocol has clear limits for its application. This is a remnant of the original backstop model negotiated by Theresa May, where the Protocol would only kick in if the future relationship (i.e. the TCA) didn’t cover certain criteria. However, it still requires the agreement of the EU too.

So the only unilateral pathway for UK changes to the Protocol is the Consent provision of Art.18, which allows the Northern Ireland Assembly to vote (from 2024) to disapply Arts.5-10 of the Protocol (i.e. the main economic elements).

While some have seen the current arguments about the Protocol as laying the groundwork for such a vote after next year’s Assembly elections, as an ‘escape’ from the Protocol, it’s essential to read all of Art.18.

In particular, non-Consent does not end any other obligation of the parties, especially (and pointedly) the Good Friday Agreement (Art.18(4)). As such, both the UK and EU would be bound by the same set of constraints that produced the Protocol in the first place.

This is all really just to underline that while the Protocol is undoubtedly problematic, it is also the product of intense negotiation and calculation by both sides that this is the least-worst option available. As I noted in a thread late last week, treaty-making comes with obligations and there is no path open to the UK to change that basic fact.

Whether that means the Protocol will stick is a very different question and one that we’ll have to come back to in September. Until then, have a good summer and do let me know if you have any requests on graphics, as I’m always happy to help where I can. 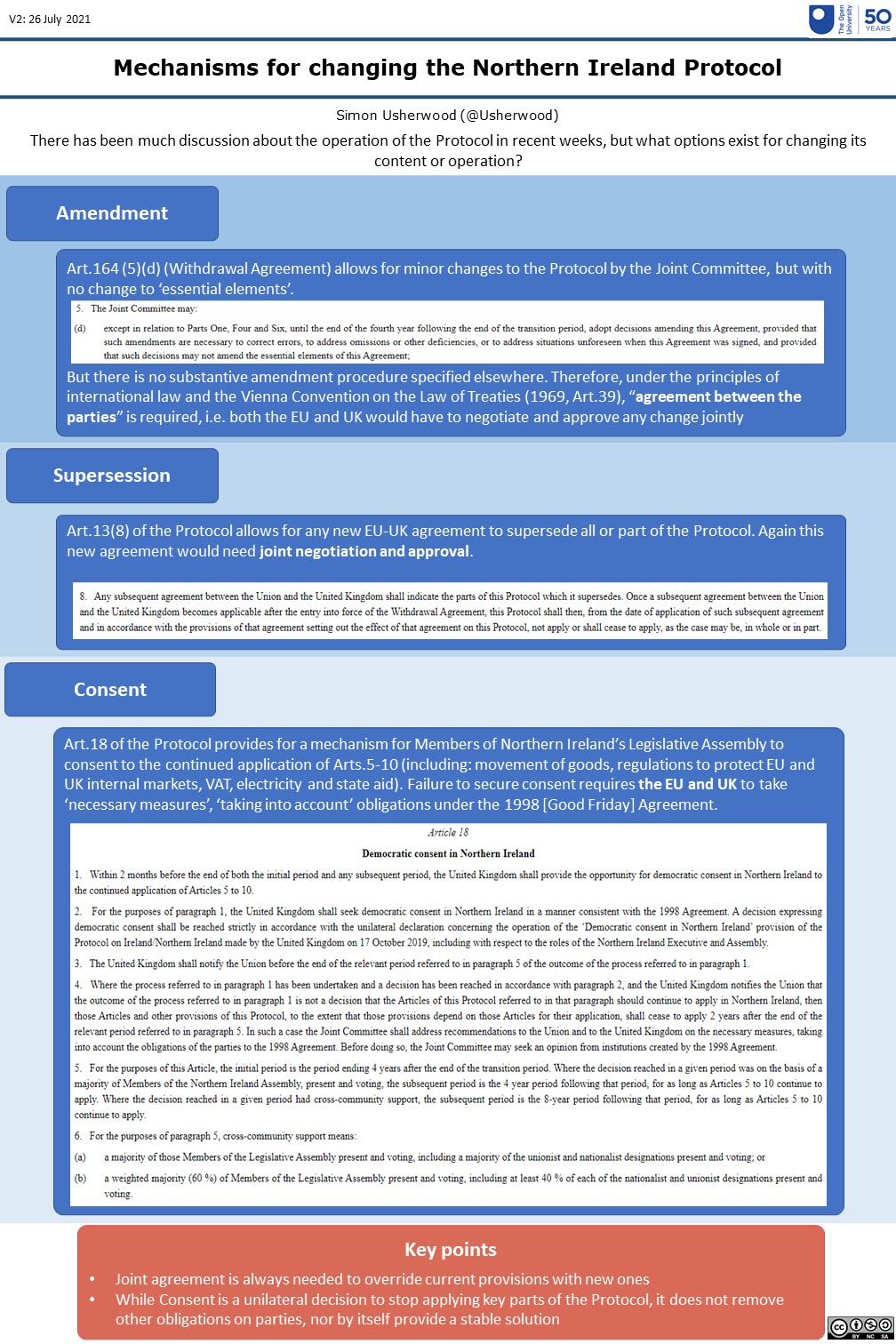