Perhaps the most striking thing about the breaking of the story about the unexpectedly large size of the UK’s financial liabilities under the Withdrawal Agreement last week was that it generated so little attention.

The consolidated EU accounts for 2020 were published on 9 July, but it took a ‘tip-off‘ to RTE to get them checking the text. Number 10 said it ‘didn’t recognise the figure’, but then that was it.

So little for something that had been flagged in 2016 as one of the hardest issues to crack in the then-upcoming negotiations.

In practice, finances were dealt with relatively early and relatively simply: the WA set out (Arts.135-148) the rules for deciding what was and wasn’t included, plus a schedule for payments.

But no figures. Precisely to avoid getting anyone’s backs up. And because until the money’s spent, no-one actually knew how much it would be.

Which didn’t stop the UK trying to work out the bill.

The graphic below sets out those estimates, as well as highlighting the huge potential for misjudging totals. The Commons Library briefing on all this is excellent as a guide.

The short answer to the mismatch between the UK estimates and the Commission’s first calculation (which is unlikely to move much) is that both the basic calculations on contributions and RAL were shifted by Covid and the associated economic slump, which also affected valuations of other assets and liabilities.

Number 10 might not have recognised the total, but they also haven’t gone hard on rebutting it, which suggests this is one fight that they are not going to push on. 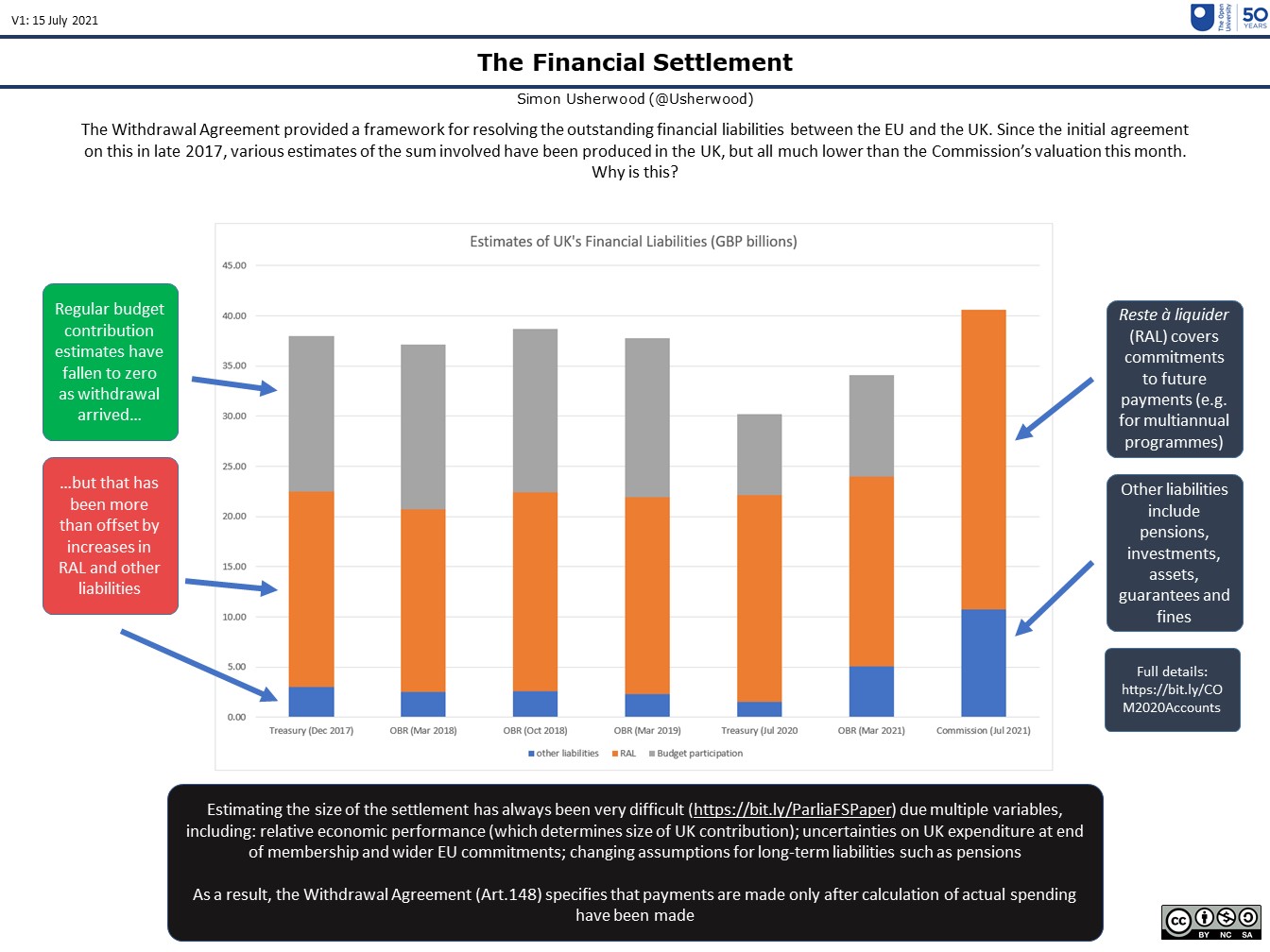